During my stay in Varanasi, of course, I would need to better understand what’s going on every day in each fireplace I saw while walking on the riverside. I went with a girl I just met at the Hostel and we walked along the river until the most famous and biggest Ghat ( riverfront steps leading to the banks of Ganges River).

Everything is very creepy. Some Ghats are dedicated to ceremonies while others are exclusively a cremation site, like Manikarnika and Harishchandra Ghats. The bodies are always arriving, covered in orange and golden adorns. An average of 80 bodies per day is cremated in Varanasi. This practice has become controversial for the pollution it causes to the river, and it really does. They wash the dead bodies on the holy waters and then burn them to ashes on the fire. Impressively it doesn’t smell bad. They add some herbs to the cremation stuff.

I was there watching how the all thing proceeds when I spot one dead man going to the fire. Behind those orange covers, they are wrapped in a white fabric. So, they are washed which means that this fabric gets transparent.

Dead man+ white fabric + water = transparent. OMG!! I got so many chills that you have no idea. I could clearly see the dead body inside those fabrics and it was so incredibly horrible.!!! I didn’t stand there for much longer. It freaks me out!!! –You can’t take any pictures as it is disrespectful for the families.-

At the Bunkeud up Hostel, they had a boat ride for the guests at the end of the day to watch these ceremonies in the night from the boat The river and the Ghats are super crowded everyday, We stand there watching the ceremony as they pray and sing. I launched a candle in the Holy river as an offer. It was a one of a kind experience.

Also during those 4 days I spent in this amazing city, while I was sitting on the borders of the river just chilling and observing, those man dressed in orange sit next to me. They paint their bodies in white, have rastas, dress orange and have some kind of a religious stick. While sitting next to them I noted people were coming to them and knee while making some prayer, and then left while the people in orange were raising their hands towards the prayer head. I don’t understand what these people do, but I guess they are some kind of a Monk but for Hindus. I really appreciated staying next to them and watch what’s going on while more and more were joining the group. They just sit there close to the river, smoke some weird stuff and do nothing. When I left I asked them to take a picture. The woman wasn’t so nice when she saw SpongeBob, she said she doesn’t like him and I can’t take any pictures with him. Who doesn’t like SpongeBob? Weird girl…

In this city, I visited what must be one of the best smelling places in India. A flower market. I can still feel the sweet smell of all those pretty flowers in my nose.

Last day in Varanasi I’m taking my last train in India, a nightmare!

Apply for an Indian Visa:

Cycling with an old man happens again in Varanasi

My favorites: Varanasi where I meet Ganga river

Review from my 2 week solo trip to India

The most amazing view of Phi Phi viewpoint

My favorites: Varanasi where I meet Ganga river

Cooking classes around the world 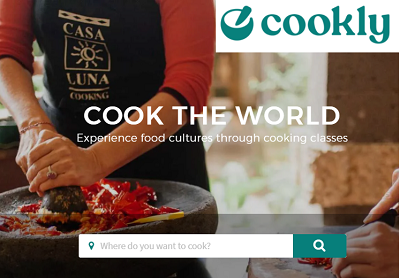 Show me the world 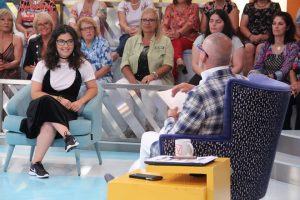 I have been doing a lot of beach exploring in Phuk

Yanui beach looking so pretty from above. This is

Testing IG. Let's see if I have more likes than us

Wishing you all a wonderful new year. 🦄🌻🌺